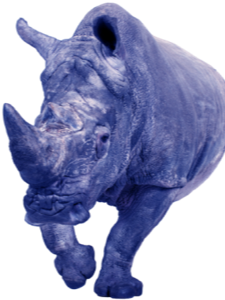 The first part of this white paper considers how project owners – the entity that retains ownership of an infrastructure project – use independent advisors to ensure transparency and delivery assurance for large-scale projects. The second part of the paper recommends independent project controls for public-private partnerships. The paper concludes with best practices for owners interested in hiring an advisor.

Large-scale, technically complex infrastructure projects often increase project owners’ responsibilities for oversight. For government entities, managing schedule and cost are particularly important because of the need to be accountable and transparent to its constituents. Project owners must institute best practices to address potential risks preemptively and use independent parties to verify issues and set a baseline for negotiation. The project owner can then minimize the impact that disputes may have on a project’s budget while maintaining healthy relationships between all parties. To facilitate this process, North American owners historically have relied on some form of an independent advisor. Here, we define the differences between fairness monitors, independent engineers, project controls, and owner’s representatives.

A fair and open procurement process attracts more competitors, generating more competitive price proposals or best value proposals in return. Public procurements needing elected officials’ sign-off on contract awards face significant risks if registered protests challenge the validity of the open and public process. While public procurement is bound by regulation, it may be difficult for an owner to assure its constituents that the contract was awarded fairly, even if proposers have clear protest and resolution processes in place. A fairness monitor avoids or mitigates potential protests about the transparency and accountability of the procurement process.

The contract for a fairness monitor will often dictate what the monitor should oversee – such as the evaluation process or shortlist procedure. The challenge for owners is to establish a contract and environment where the fairness monitor can perform an unbiased audit and report out on its findings without owner interference.

On some Canadian and U.S. projects, an Independent Engineer (“IE”) is responsible for verifying the timely completion of scope and quality of the built product. Generally, the IE is hired jointly by the owner and the contractor to ensure that work is completed on time, but there are instances where the cost is borne solely by the owner or the contractor.. The IE is focused on both the timely completion of the scope of work and the quality of work per the owner’s drawings and specifications without regard to cost of the work.

An IE typically looks at the quality of the work performed by a contractor and then verifies compliance with the drawings and  specifications to the owner. The owner’s acceptance of the work depends on the IE’s findings. An IE evaluates completed work at the tail end of the construction project but before occupancy and commissioning dates. The results of the IE’s work may be used to manage disputes, claims, change orders filed by the contractor, and to compel the owner to pay the contractor for its performance.

During the project contract negotiations, owners and contractors should ensure that the IE’s contract includes a well-defined scope of work. The owner should consider: the timing of IE review, the specificity of the IE’s written findings, the permitted use of IE findings, and the authority of the IE, if any, to act as an arbiter in the dispute process. Advisors with an overly broad mandate give an opportunity for advisors to frequently engage, resulting in an outsized degree of power – often at the expense of the contractor. Some owners give an IE a very broad mandate thinking that this alleviates oversight responsibilities for the owner. But, excessive interference by an advisor usually results in protracted disputes. The challenge for the owner and contractor is to clearly define the IE’s scope. The goal is to avoid having the scope, timing, or use of IE’s services  result in a dispute between the owner and the contractor.

Another way owners can control and manage a contractor’s progress on work is to proactively avoid or manage disputes between the owner and the contractor via use of a Dispute Review Board (“DRB”). The DRB process and the DRB members are either stipulated in the Owner/Contractor agreement, or the contract can provide for the parties to mutually agree to establish a process and/or select the DRB members. A DRB is “a board of impartial professionals formed at the beginning of the project to follow construction progress, encourage dispute avoidance, and assist in the resolution of disputes for the duration of the project.” A DRB is paid jointly by the contractor and the owner to ensure that the DRB serves the project only. The cost for a DRB is estimated to be less than 0.5% of the contract value.

The variety of structural models for DRBs are differentiated by “their primary role within a project (dispute avoidance or resolution, or both), the number of DRB members (one or three), the duration of the DRB (standing or ad hoc), and the nature of the rules or procedures under which the DRB operates.” Owners generally select the characteristics of the DRB structure based on the project’s or owner’s individual needs. A helpful resource that covers the decision process for a DRB structure is documented in The Dispute Resolution Board Foundation’s DRB guidebook.

DRBs do not perform a forensic analysis to find fault, nor does the entity oversee performance. Instead, by meeting with the project stakeholders regularly, the DRB provides an independent voice to help an owner and contractor work through potential and realized disputes as they arise. This contemporaneous dispute resolution process avoids the negative impacts to project delivery and budget that often occur with managing disputes on the back-end of the project. The DRB is comprised of industry experts, and the project contract should explain the DRB structure, its administrative functions, and the process by which disputes will be resolved. Like the IE, the members of a DRB work on behalf of the project, not the owner or contractor.

Owner’s representatives have specialized knowledge and experience, enabling them to effectively coordinate the actions of architects, designers, engineers, lenders, general contractors, subcontractors, end-users, and government authorities to meet the needs of the project owner. The scope of work for an owner’s representative can include tasks such as feasibility studies, procurement support, due diligence, construction document reviews, estimating, construction management, scheduling, overseeing cost management, quality control, commissioning, and closing out projects. Owner’s representatives may also play a role in securing permitting and entitlements, assuming a role more akin to a project manager role, depending on the project’s and/or owner’s needs.

The type of advisor needed for a complex, public construction project changes when the contracting method – and subsequently the level of oversight – changes. There are many forms of contracting methods, but here we focus on a public-private partnership (P3) in which private financing is used for a complex, large-scale public works project. The inclusion of private financing substantially changes how government owners may engage an independent advisor to ensure transparency, monitor performance, and manage potential disputes.

P3s with a financing component means that the private party (usually a consortium of investors, design-build joint venture, and operator) uses private financing vehicles to pay for the design and construction of the infrastructure asset. The private party gets reimbursed by the owner based on performance (a monthly fee, also known as an availability payment) or directly via user fees (such as tolls or transit fares) over the term of the contract. A P3s use of private financing adds another stakeholder to a construction project: lenders.

Lenders are keen to make sure that the contractor performs its duties so that lenders get repaid on time. If the private party does not meet construction deadlines or operating standards, the owner will either give a lower monthly or milestone payment or user fees will drop. If the contractor is not paid due to poor performance, the private party cannot repay its lenders. A P3 with private financing adds a third-party invested in contractor performance, with the ability to levy liquidated damages or other penalties when the contractor does not perform. Contractors, as a result, are very motivated to perform to meet owners’/users’ requirements.

There is a misconception, however, that a P3 with private financing means that owner does not perform oversight and performance management because lenders can financially penalize a contractor for non-performance. In practice, owners need to ensure that the transaction is transparent to stakeholders by performing oversight of the contractor. Owners need to carefully assess their internal capacity to monitor and oversee the P3 and identify the appropriate advisor and structure needed to assure timely and cost-effective delivery.

After discussing the various forms of independent advisors for large-scale projects, there is an opportunity for an independent project controls entity to play a role in a P3. Lenders, the owner, and the private party all require an accurate and agreed upon view of the project’s status. A project controls firm, whose services are a capital cost of the project rather than a burden of any particular stakeholder, can provide the external, objective assurance that the contractor is performing its duties according to the contract requirements.

Top 10 Contractual Risks in Construction from a Risk Management Perspective

Managing Large Infrastructure Projects: How Owners and PMOs Can Use Data Analytics to Drive Decisions

Staying Together at Home

To sign up for a course, please complete the form below and we will be in touch.

To get started with Aegis Analytics, please complete the form below and we will be in touch.

Please complete the form below and we will be in touch to set up your product demo.